Why feeling we belong motivates us more at work than money 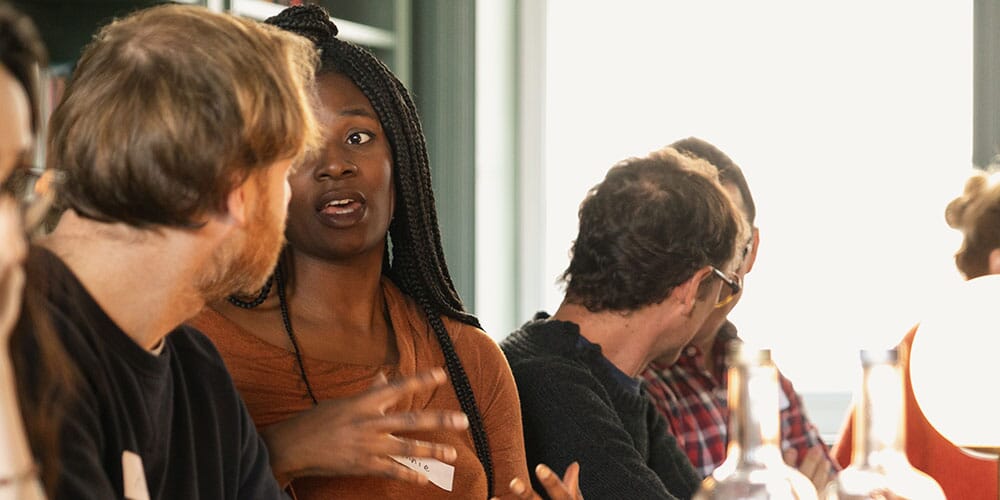 What matters most to us when deciding that we like our job? We spend most of our lives at work, ostensibly to earn money, but we expect more from our job than money: we want to be treated fairly, to be intellectually fulfilled, to have the promise of progression, and more.

But money is important, too. Money ensures we are secure in our lives, by financing a roof over our heads and food for our table. It enables us to live the life that we want, whether that means buying clothes that make us feel good or doing fun stuff with our friends. Plus, and not insignificantly, salary is considered a marker of personal success within our society.

Money certainly impacts how we feel about our job, but evidence indicates that it’s a sense of belonging at work that actually contributes more to our motivation.

Humans are fundamentally social creatures with a hard-wired need to belong. When we feel excluded, the sensation is akin to the feeling of physical pain: the same part of the brain is activated to alert us of the injury.

As an anonymous 2016 article in The Guardian notes, the difficulty of exclusion can be enough to eclipse any positive feelings about our job, even if we love the work itself and are happy with our salary:

“I get paid well to do something I enjoy, and…[I’m] surrounded by clever, funny, like-minded people. For 45-50 hours every week, I feel isolated. I’m hoping, I guess, for the moment when someone joins the company with whom I click. It only takes one person, but they’re not here now, and I feel bereft.”

Even having one colleague who is inclusive can buffer the effects of an otherwise exclusionary workplace. A series of experiments that tested motivation following a virtual ball-throwing game, in which one group had inclusive teammates and the other did not, found that having just one inclusive ally in the team was enough to motivate people to put in effort that would benefit the entire team. This worked to protect group performance against the negative effects of exclusion.

There are some things you can’t buy

The extent to which we are engaged at work — how passionate we feel about our jobs and our commitment to the organisation — has been shown to have quite a weak correlation with salary.

Researchers in 2010 reviewed the results from 92 studies done over 120 years, with data from over 15,000 individuals, and found that employees earning salaries in the top half of the data range reported similar levels of job satisfaction to those earning in the bottom half of the range, including those on low salaries. The total overlap between pay and job satisfaction was less than 2%, indicating that there wasn’t any significant difference in employee engagement by pay levels.

The authors note however that they reviewed American data, where most people were earning enough to cover their basic living costs. Instead of the question being “between working and starving”, then, it is more frequently “How much will I work for?”. What motivates us changes sharply when access to basic necessities is not a given.

Money does motivate, only differently

Psychologists often describe motivation as being either intrinsic — where we are motivated to do something because it is personally rewarding — or extrinsic, when we are motivated because we want to earn a reward, like money, or avoid punishment.

In reality, we experience both types of motivation in differing degrees, and it has been shown that in some cases, they can work together to good effect

It is often cited that the effects of money on our happiness plateau at a certain point. Perhaps most famously, researchers Daniel Kahneman and Angus Deaton put this figure at $75,000 (£61,300). They found that emotional wellbeing does rise as income does, likely because money enables us to improve our quality of life, but that there were no further effects beyond the above figure. Loneliness was also singled out as a stronger predictor of emotional state than income.

In reality, however, we experience both types of motivation in differing degrees, and it has been shown that in some cases, they can work together to good effect. Recent research done in Germany found that while intrinsic motivation had positive effects on creative and innovative performance, a transactional reward worked to further improve the outcome of the work. This might be partially explained by the feeling of satisfaction and worthiness that comes with having your work acknowledged.

Kindred are temporarily closed during the COVID lockdown but are more committed to our community than ever. We have opened our online community to everyone, with weekly events, check-ins, and opportunities to laugh and connect with each other.