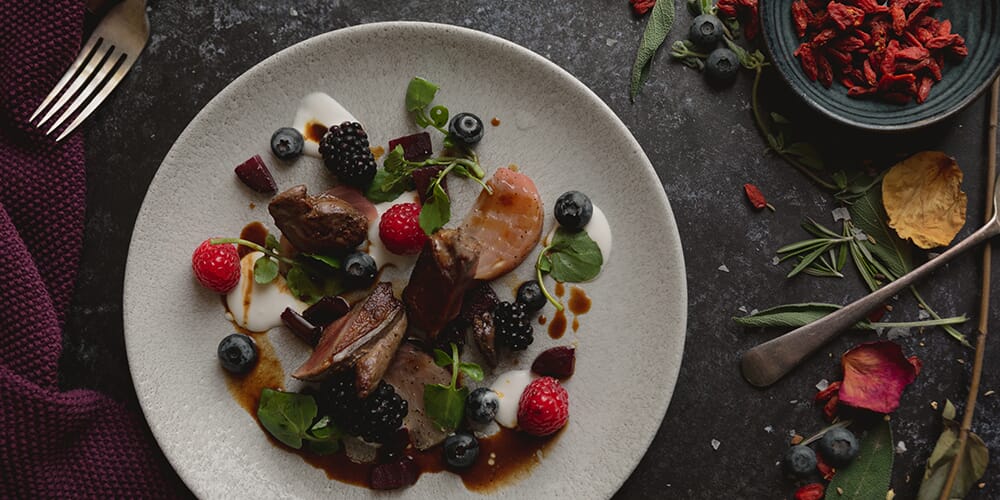 Having access to a tapestry of food cultures and cuisines is part-and-parcel of life in London. But if you were asked to describe what London’s signature cuisine was, what would you say?

Kindred’s Head Chef Romulo Silva has answered by developing a new, ‘London fusion’ menu, that celebrates the different flavours, cultures, and cuisines across the city. From the hearty carbs-and-meat Polish dishes in Ealing to the heat of Jamaican jerk chicken in Brixton, the menu mindfully blends diverse flavours and ingredients to celebrate our city’s complex and composite identity.

We caught up with Romulo to learn more about how he developed his new menu concept, how his own experiences as a Brazilian Londoner influence his work, and why we shouldn’t underestimate the humble potato. 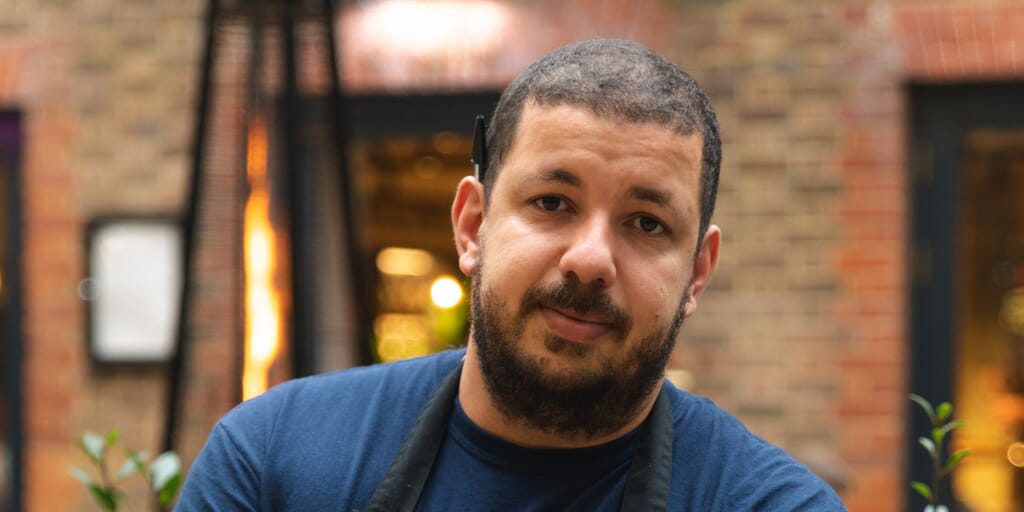 Kindred: What is ‘London fusion’? How did you come up with the idea?
Romulo: Kindred is a business that is all about community, so we wanted our food to be a true celebration of London and the communities that live here. Cooking ‘fusion’ food is all about pulling different cultures and histories together into a dish that just works, despite ‘breaking’ certain rules and traditions. I think the idea of a London Fusion menu is a great representation of the city we live in; despite all coming from different backgrounds and having different stories, we somehow live in relative harmony with one another. London is a great melting pot of different cultures, and I wanted to celebrate that in our food.

K: Are there any particular flavours or tastes you were most inspired by when putting together the menu?
R: It’s important to me that dishes taste fresh and vibrant, and that you can actually taste the ingredients we’re using. Different ingredients can complement each other well to really amplify that feeling of freshness. For example, we use avocado to lighten an otherwise rich chocolate dessert, and chilli to give pineapple even more of a kick. Using earthy nuts and seeds also contrast nicely with fresh aromatics.

A lot of the time, the ingredients we use are so fresh that they elevate themselves without me needing to do anything particularly clever with them. One of my favourite breakfast dishes is a simple combination of heritage tomatoes, avocado, and ricotta. Humble, fresh ingredients can often make the best dishes. 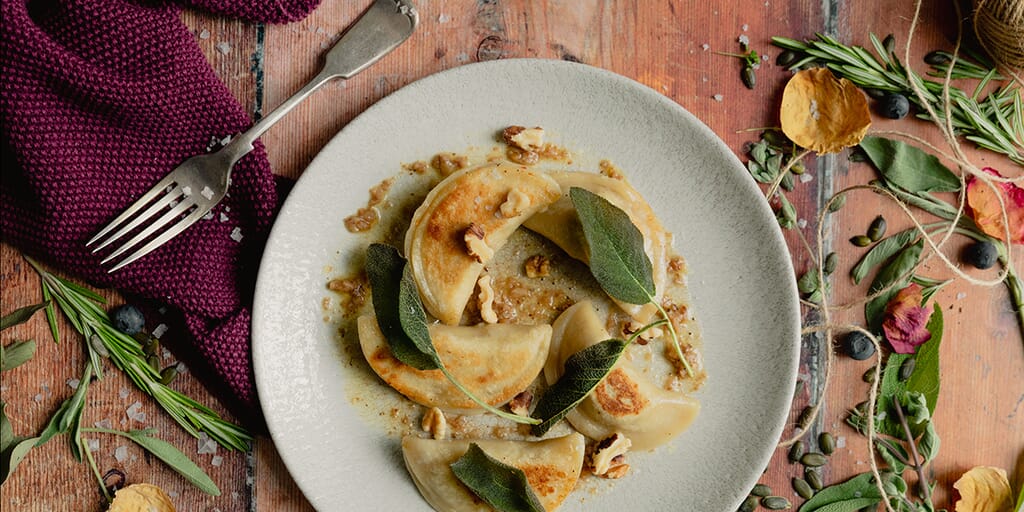 K: What’s your process in putting together a menu — where do you start?
R: A menu should always tell a story. I was challenged by Anna, the co-Founder of Kindred, to develop a new menu that’s filled with the food that I love and that celebrates London’s diverse community. So, my personal experience of London became the story. Then it’s about research; spending a few days flipping over dishes and ideas in my mind, thinking: “How does this fit into the story?” Then, it’s about trial and error. More often than not, the process brings up errors, but eventually, you start to make progress. There’s nothing more satisfying than when it all pulls together.

K: Why is it so important to you as a chef to showcase London?
R: London is a city that adores food. Pretty much every cuisine from around the world can be found and enjoyed in London, so it’s hard to not be inspired by that. I am Brazilian, but it was when I was in London that I really discovered food for the first time, and learned to be a chef. London is my food story, and after so many years here, I’m still captivated by the diversity of this city. 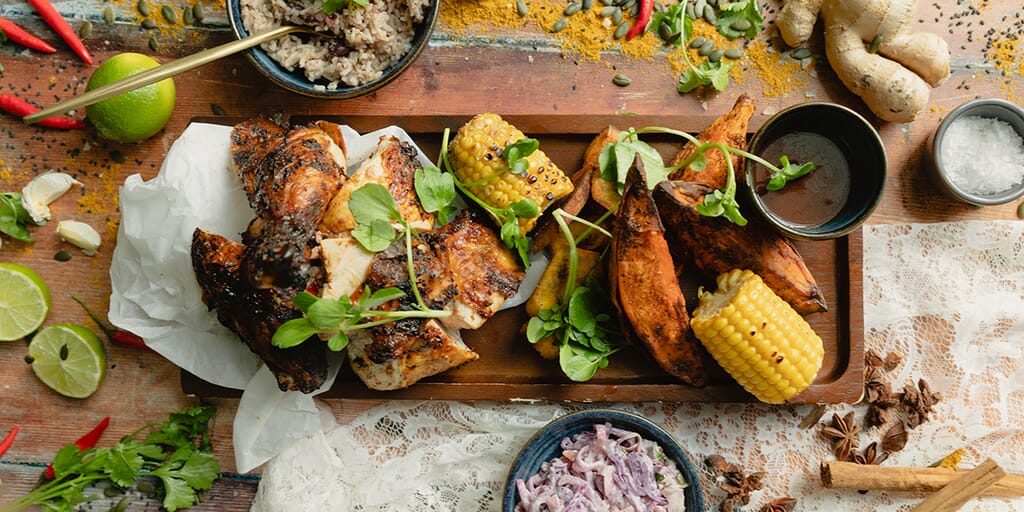 K: What ingredients do you think best represent West London?
R: If I were to pick one single ingredient that celebrates West London, I’d pick the humble potato. It’s widely used by Eastern Europeans, North Africans, and the Brits, to name a few. It is cheap, understated, and readily available, so many cultures have dishes that celebrate the potato. From bangers & mash, to batata hara, to placki from Poland, or even a simple Russian salad. Potato is the great unifier across borders.

K: What’s your favourite dish on the menu?
R: I like my take on a jerk chicken dinner. One of my favourite places to eat is this amazing Jamaican café in Brixton. Every time I go there, I order the same things, and these all feature in my version of the dish. It’s designed to be shared between two, so it’s a real celebration, while also feeling warm and familiar, like you’re eating a home cooked meal.

Kindred’s London Fusion menu is available across all three floors of the club, including the Cellar on the ground floor, which is open to everyone. Book a table

To celebrate our new membership structure, Kindred are offering a free month membership trial for the month of August, 2020. Learn more and claim your free month

Featured image is squab pigeon, with beetroot, berries, and buttermilk