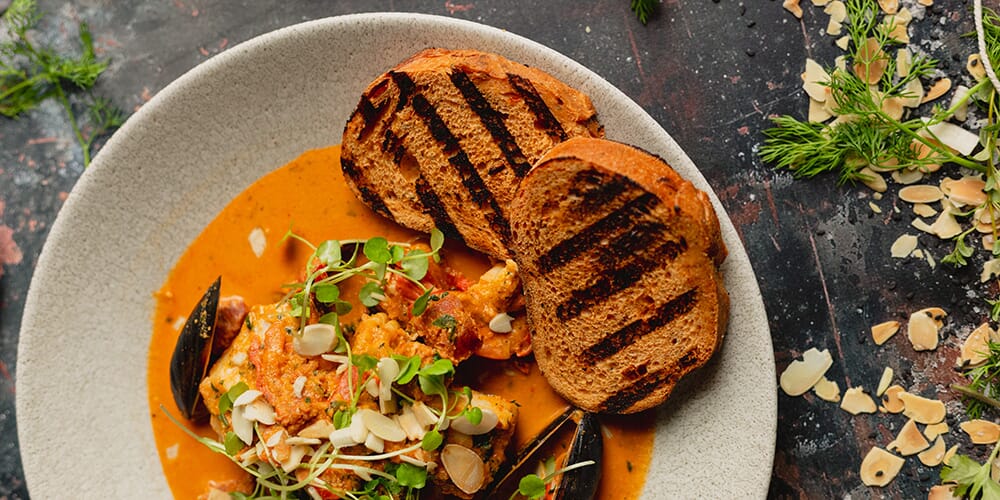 As London becomes colder and darker, we have the comfort of warm winter flavours to look forward to: mulled wine with cinnamon and nutmeg, crisp and buttery roast potatoes, brothy soups, and crunchy gingerbread. But a closer look at the different communities that live in our city reveals that, actually, there’s a much broader range of tastes being enjoyed.

Kindred’s London Fusion menu concept celebrates the diverse cuisines and flavours that make up our city, and this winter is no different. Our new menu spotlights Greek, Indian, Jamaican, Spanish, and Southeast Asian cuisine alongside familiar British classics.

Here’s a deeper look at some of the dishes we’ve included. You can read our full menu and book a table here. 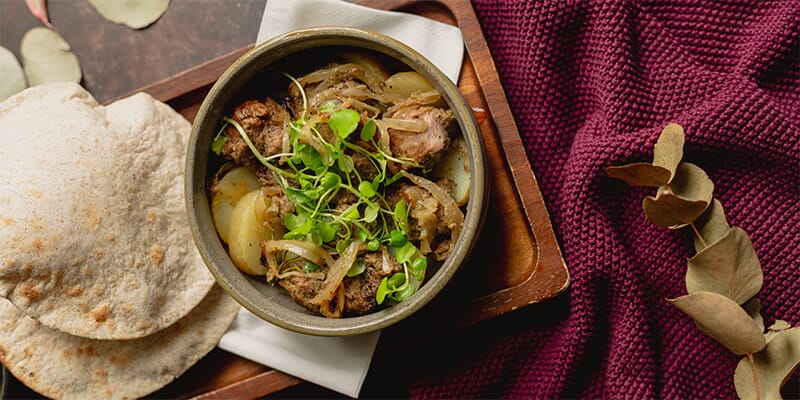 The word ‘kleftiko’ translates literally to ‘stolen meat’, with the dish allegedly getting its name from a 19th century Cypriot law in which common folk were forbidden to own animals of any kind. In order to eat meat, then, they had to steal it.

Kleftiko is a simple dish and is considered a staple in Greek cuisine. The lamb is marinated in garlic, olive oil, and lemon juice before being slow-cooked, until the meat is almost falling off the bone. Like many classics, there are plenty of variations in the way it is cooked and prepared. For example, Rick Stein’s recipe uses leg of lamb, but others — including ours — uses shoulder instead. Some cook their kleftiko with tomatoes, others include mustard, and some add a splash of white wine.

Kindred’s lamb shoulder kleftiko is cooked with potatoes, rosemary, and lemon, and is served with a Greek salad. 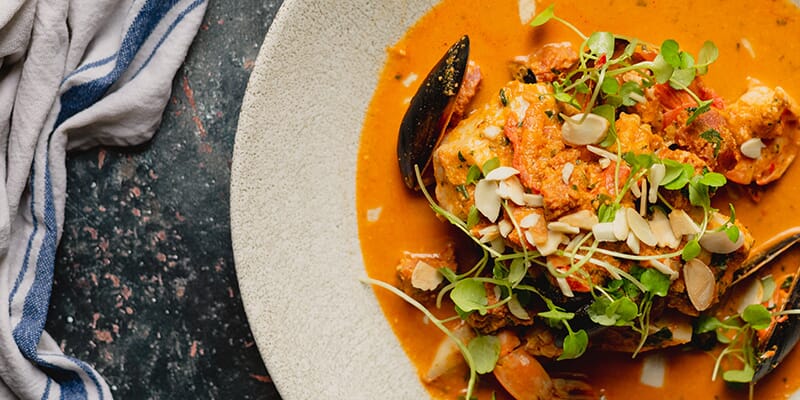 This Mediterranean seafood stew hails from Catalonia, in northern Spain. ‘Zarzuela’ means ‘variety show’, in a nod to the variety of fish and seafood that this dish can be made with.

Zarzuela de pescado is made with a tomato-based broth, however uses a few unexpected ingredients to create a heartier, richer taste and to add in a bit of saltiness: almond paste and cured meat. Some recipes use serrano ham or prosciutto — at Kindred, we use chorizo. Others leave the meat out altogether, focusing instead on spices and the flavours of the seafood.

It’s a hearty, warming, smoky, and salty dish that is sometimes compared to the French seafood soup bouillabaisse — only more rustic and flavoursome. 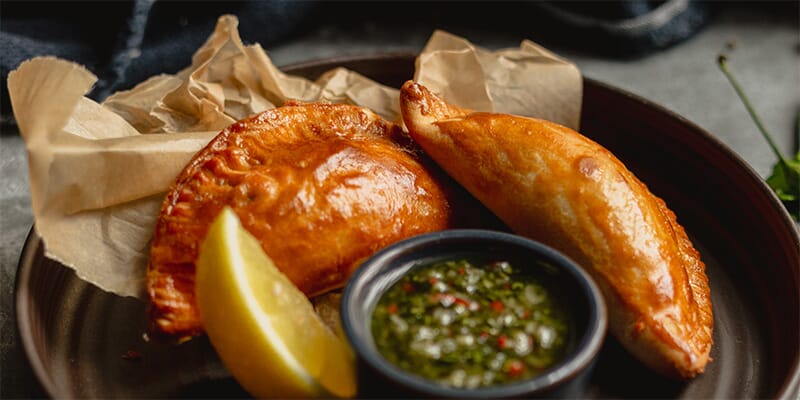 You’ll likely have seen these golden pockets of joy being sold from a market stall somewhere in London. Empanadas are small, savoury pies that are said to come from Spain and Portugal, and brought over to Argentina by immigrants from Spain. Their precise origins are unclear, but today they are popular all across South America, as well as within Portugal and Spain. Londoners will also likely be familiar with the Caribbean version of empanadas: Jamaican patties.

There are many variations to this dish across countries and regions, but the basic premise is the same: a pie made with soft dough that can be baked or fried. Common fillings you might come across are minced beef or ham and cheese, but really, you can pretty much put whatever you want inside.

At Kindred, our empanadas are made with beef and chorizo, and are served with chimichurri — a sauce based on parsley and vinegar that is similar to chunky pesto in texture. It has a fresh and almost tangy flavour and is usually served alongside meat dishes.

Kindred are open and accepting table bookings. Those within the same household or support bubble are able to book tables inside, while groups of up to 6 people can book a table outside in our heated courtyard. Learn more about what we’re doing to keep Kindred safe and book a table here