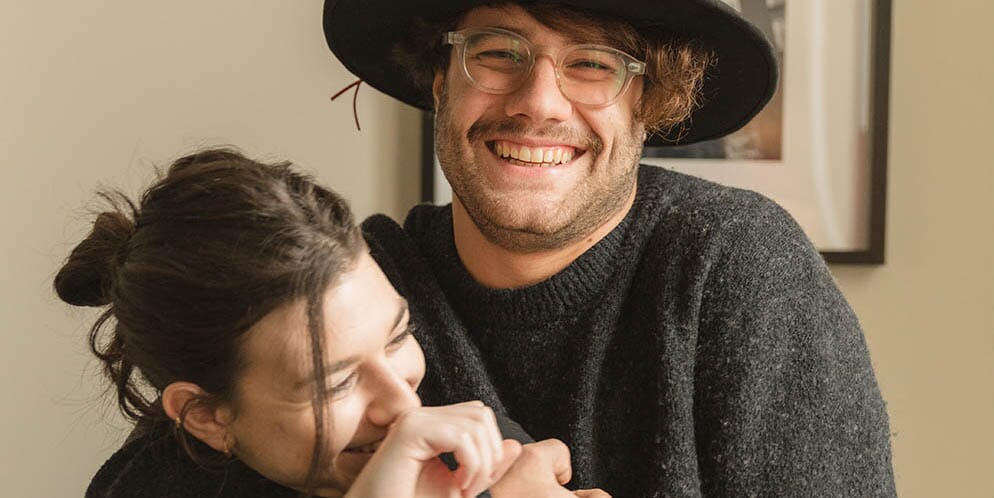 Creating a central, social hub in a town like Hammersmith may sound like an issue at the bottom of the priority list in today’s political climate. But as society’s feelings of disconnection and isolation have festered in the capital, it’s intensified the current discourse.

At Kindred, we’re trying to connect one another. Not only for our members inside the building but also on a bigger scale; to the inhabitants and people of West London and Hammersmith. We’ve done our best: curating events designed to bring people together; handing out free hot breakfast pots in Lyric Square (not surprisingly, very easy); and gifting Christmas cards to local businesses. A challenge we’ve given ourselves recently is “How do we encapsulate the likeness of hammersmith inside Kindred?” Luckily for us, we have a team behind the scenes at Kindred with vast and varying talents.

Erica and Valentino are prime examples of this, both extremely talented in all things photography and film. Together, they have managed to capture the aesthetic of Hammersmith, Shepherds Bush, and surrounding towns through the lens of their cameras. Shooting on film, they’ve curated a series of photographs, aptly titled W6. It’s a series of images which represents the unsung heroes, the architecture, and the community that has built Hammersmith.

The series of photographs, W6 is currently placed throughout the top floor of Kindred.

“A camera for me is a tool. Using film takes you away from the melancholy of sitting in front of a desk and it takes you to a place where you are appreciating the tangible stuff.”

When explaining why this picture was taken, Valentino admits an infatuation with shapes and geometry – specifically crosses. “I’m a bit obsessed with crosses. They’re everywhere. I took that shot because it transported me to somewhere else and gave me a feeling – It’s interesting to see something like a church behind bars. Obviously, they’re only railings, but it gives a unique perspective.”

“The main idea of this was the community in and around Hammersmith. So we wanted to photograph the people who create the community and aren’t ‘shouted about’ all the time. They have their own space, where they work or where they live.”

When explaining why one photograph was black and white, and the other was in full colour, Valentino explains his choice in keeping the focus on the textures and atmosphere of the picture. “This guy, he was actually just standing outside his shop with his tea. I got interested in the fruits and with his facial expressions. The way he was posing was interesting. I feel like he could talk without using words.”

Erica describes that the picture above is all about how things in urban spaces have to adapt.

“One tree is not straight. I think that it’s interesting to think that because the trees are in a city space they arent growing upwards like they usually would. The tree is almost adapting to the urban space it’s in.”

Val gives us some insight into how the photograph below became one of his favourites. “The guy walking into the shot, who was probably a security guard for the building, was walking from one to the other. I wasn’t actually intending to capture him walking there. If anything I would have liked him to land in the centre of the frame when I took the photo. I wanted to have the building surround him with him in the front and centre.”

With the symmetry of the building, and the contrast between his silhouette and the whites of the flat wall – there’s a certain atmosphere that’s much more palpible than a shot of a building. “It’s nice to have something like an accident – where he’s just off to the right of the frame. It gives the impression he’s still going, and it’s not static; it’s more dynamic.”

“This was actually the first picture I took with this camera. It had really nice symmetry to it, and the geometry of the building was impressive. It has some intensity to it.”

The architecture of surrounding buildings was a common theme for Erica and Valentino. The grandeur of the building below was something that caught Erica’s eye immediately. The reason why Erica uses black and white as a “language” is because she’s more comfortable working with Ansel Adams’ Zone System. Erica explains that it was the architecture of the building that made her curious. “If you go to the building it’s physically flat, but there’s a lot of depth to it. There are these walls that angle right into the middle of the building.”

“It just looked like a really cool building and I thought how it must feel to live in one of these flats and not receive as much light. The way that the sun is behind the right side of the building, it limits the amount of sun that some of the windows get.”

The series of photographs, W6, is currently placed throughout the top floor of Kindred.

Lewis Good is the Communications Manager here at Kindred. While fulfilling all archetypes of an extrovert, he has a talent for colour-coding and spreadsheets. Known as the “spread-sheet guy”, the “loud one with the glasses”, and “the one who's good with puns”. Talk to him about Kindred's Social Media, the weekly newsletters, marketing, and plug sockets.