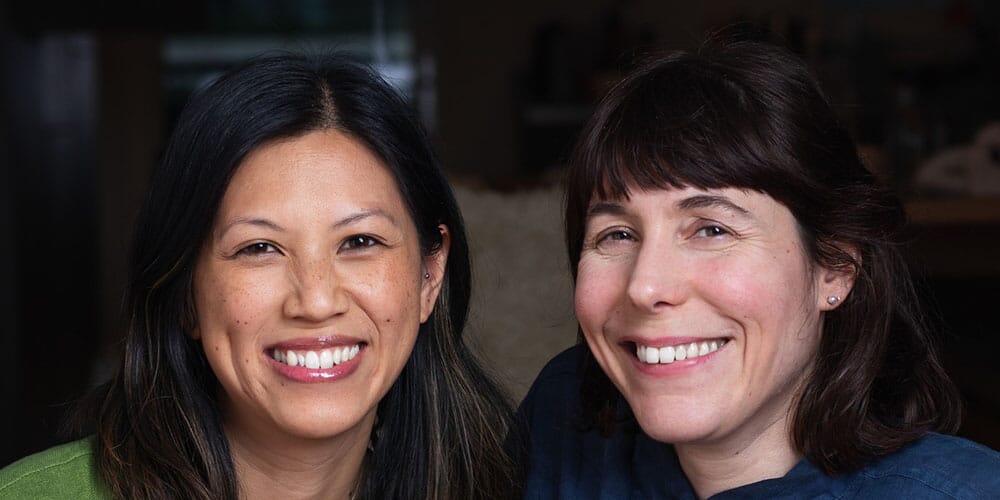 London probably isn’t the first place that comes to mind when you think of home-grown vegetables. Grey skies and fleeting snatches of sunshine are all too familiar for us city-dwellers — plus, most of us don’t have a garden. But there are some people, such as the Bengali community in Tower Hamlets, who have been growing produce in the city successfully for years, says Maud Barrett, co-Founder of non-profit social enterprise Sunny Jar Eco Hub.

Maud has seen her neighbours grow vegetables on their balconies and in small garden patches, using lights and making do with the space available. It’s exactly the kind of thing that Sunny Jar are trying to get more Londoners to do.

Powered by a core team of two — Maud and her co-Founder Linda Tai — and a group of volunteers, Sunny Jar collaborates with organisations, businesses, schools, and communities across the city to host workshops that teach ways to live more sustainably. These include lessons on reducing waste, clothes mending, how to make a natural cling film alternative, and more.

Rather than making people feel guilty about their behaviours and habits, Sunny Jar focus on sparking joy — both via the creative and hands-on activities within their sessions and in being kinder to the planet. “It’s not about shaming or making people feel bad,” says Maud. “Everything that we do is to focus on joy. We’re called Sunny Jar for this reason!”

Like many social enterprises, Sunny Jar was borne out of necessity. Along with a group of neighbourhood mums, Maud noticed that while the adjacent borough of Hackney was implementing some environmental initiatives such as zero waste shops, nothing was happening within their own area. “We were fed up of picking up litter while our kids were playing in the park,” Maud says. “Three of us sat down and started brainstorming [for] what we could do.”

The group realised that the issue was education: it wasn’t that people didn’t want to live more sustainably, but that they didn’t know how to. Creative, practical workshops seemed a natural solution, considering Maud’s background as a textile artist and Linda’s interest in the health benefits of community ties and living low-waste. Linda is a trained occupational therapist and has a Master’s degree in Public Health.

With just the three initial founders — Priscilla, the third, stepped back from her role but remains a friend to the organisation — and no external funding, the team “started doing what we could do, which was running workshops in different community centres and in different places,” explains Maud. Since launching in 2019, with a fully-booked community event held in Poplar Union, interest in their work has grown steadily.

Now, Sunny Jar is taking on a five-year project aimed at creating a sustainable food network in Tower Hamlets. Run in collaboration with Women’s Environmental Network (WEN) and a number of other organisations already engaged with the community, the project will deliver resources and support to sustainability initiatives already in place while creating new programmes for schools.

These programmes will be primarily based around improving health and climate impact, by teaching skills such as composting and urban gardening. After a year or two, Sunny Jar will return to the schools to see how they’ve progressed.

Where an urban garden is able to provide food for a community, it can go some way in reducing that borough’s carbon footprint, Maud explains. As well as avoiding produce that’s been imported, growing your own vegetables prevents use of pesticides, and if you use homemade compost it can result in a “really, really good carbon footprint”. If every borough in London did this, says Maud, “it could be very significant”.

But above all, it’s important to be realistic, Maud explains. For example, if your parents live abroad, as Maud’s do in her native France, then you will probably fly a bit more — which will jack up your carbon footprint.

“Choose your battles,” she advises. “If you choose one thing that you want to reduce, go for it. And very rapidly, you will go on to the next one. And before you know it, you will have done amazing!”


Sunny Jar Eco Hub are a non-profit social enterprise whose mission is to make sustainable living easy and more accessible. They run both online and offline community events, which you can explore on their website.

Sunny Jar are hosting a natural cleaning workshop at Kindred on June 10th, where you can learn how to make cleaning products that are free from toxic chemicals. Tickets are free for members, RSVP here