When an organisation puts its values front and centre, either as their tagline or by mentioning it at any chance they get, it brings a certain amount of expectation. From customers, from staff, from everyone. If you’re then the person in charge of putting that into action, the pressure cranks up even more. Imagine being “Director of Fighting Global Poverty” at Oxfam, or “Head of Lovin’ It” at McDonalds (which admittedly sounds fun, but imagine “Lovin’ It” every day of your working life. Monday morning? Lovin’ It. That meeting that should really have been an email? Lovin’ It. Exhausting). For Jaz Hayer, it was that kind of expectation that brought her to Kindred. When the organisation set out to “reimagine community” she arrived one day to be part of exactly that.

She tells the story with a laugh that hides the ruthlessness of it all. Finding Kindred accidentally via a “cheeky little scroll” on Instagram and the feeling of “oh let me go and check it out” is Jaz’s way of telling a story the Kindred owners put a bit differently.

“She basically walked in and told us why we should hire her” laughs Anna, one of the co-founders. “We didn’t have any vacancies, but she was very in tune with our values and obviously had a lot of experience. We weren’t hiring but because she came in and asked for it I was super intrigued. She was like an idea generator and we couldn’t really say no”.

That friendly understatement is a theme that quickly repeats with Jaz. Talking to one of the most approachable members of the Kindred team might make you think she operates with time on her hands to see what turns up. Making time for people doesn’t hide the clear plan; one that she’s been the chief architect of since the day she joined, encouraged by those directors she convinced to hire her in the first place.

“I think the most amazing thing about this role, and being in such a new startup, is that they’ve just given me the complete autonomy to just run with whatever I wanted to do. You create whatever you want, any ideas, strategy, targets. It was just a blank slate and I could create anything.” 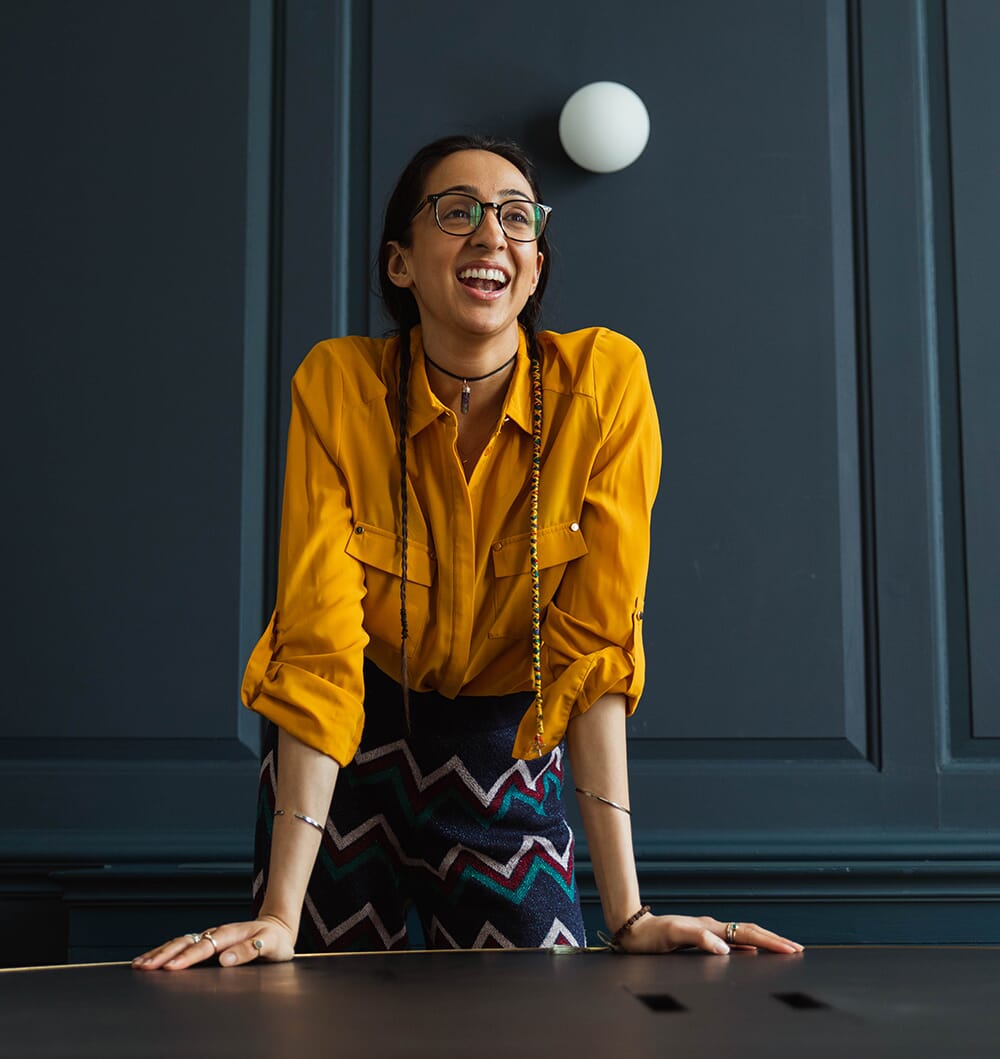 And create she has. Determination and frustration flashes across her face if you suggest a sense of community can only happen organically, and even in the occasionally chaotic nature of a start-up, seeds have been planted that have started to grow. While events and tiered membership packages have been developed with the colleagues she is so often keen to praise, some thing have just Hayer fingerprints all over them. Targeted introductions between members have seen new business partnerships begin and in the Kindred Writers Club, an initial project with just one member to encourage their own writing has now grown to be a weekly meeting of a much larger group. It’s this kind of growth that suggests the mix of planning and sincerity might just keep working.

“It’s been an interesting challenge when it comes to ‘OK, how are we going to make money from this and how can we be authentic to our values?’ The emphasis is on community. Fundamentally the core is community and bringing people together. When I first joined it was a lot of strategy work, experimentation, creating the different memberships. And that took a while, because I wanted to get that right”. Jaz says, patiently explaining the methodical approach and natural growth of a membership numbering in the thousands like an Eat, Pray, Love Dr. Frankenstein. “The people that align with those values and who are in a position to take up membership, that just kind of naturally happens”.

In the first seven months the emphasis might have been on refining and developing the offer, but there have also been real highlights so far.

“A member has said that Kindred has changed her mental health!” In a good way, apparently. “She said she cannot wait to come into Kindred because she feels like she’s part of the family. And before that she felt so alone. I know what it feels like to be working on different projects. You’re in a coffee shop, you’ve got no-one to speak to. You’re in other co-working spaces and even though there’re 500 people there you’re not having meaningful conversations. It’s superficial. So to actually hear that, that really what we set out to do is happening and to that depth is just yeah, amazing.”

The development of the community so far reflects the person designing it. In or out of work, the focus on connection and growth seems to remain the same and, more often than not, is fixed firmly on other people. While she admits needing ‘me-time’ to recharge (yoga and meditation) the rest of her energy outside of Kindred is spent on her own “Mind, Body, Gut” project almost predictably those around her, this time with their nutrition and life coaching. Seeing the same wellness aims that exist in Kindred initiatives such as meditation or river walks replicated outside of work, as well as the focus on other people, suggests being Head of Community and Memberships isn’t so much work, but a chance to be herself and be paid for it. When asked about her own approachability she even tries her best to make it about her colleagues, too.

“When people come in they say how welcoming and how friendly the staff are, we’re not putting it on. We are all people’s people. I just love meeting people, I love hearing their stories, I’m genuinely interested and curious about what people do. We love talking to people and finding out their stories. I love building relationships and I think when you’re in the kind of role that I’m in, that’s part of your personality.”

With the business getting busier and the initial set up phase done, the agenda looks firmly fixed on offering more, to more people, more often. Events look to be at the forefront, whether strategically planned networking or those have sprung up as a surprise (I’m looking at you, Kindred Dating Club). For all her love of people, Kindred’s Head of Lovin’ It must still be feeling the heat too.

“Yeah, I think there’s pressure. You can think about it as being pressure or you can think about it in a positive way. There is excitement because there is still so much potential. So much potential! As we’re growing how do we continue to connect people and to make each person feel as though they belong at Kindred, that they’re part of the family? How do we keep having exciting conversations, conversations that are helping them as we get bigger. So yeah, it’s great, it’s how we are evolving.”

Written by Sam Hampson, Kindred member and freelance writer.
Contact him on samueljhampson@gmail.com