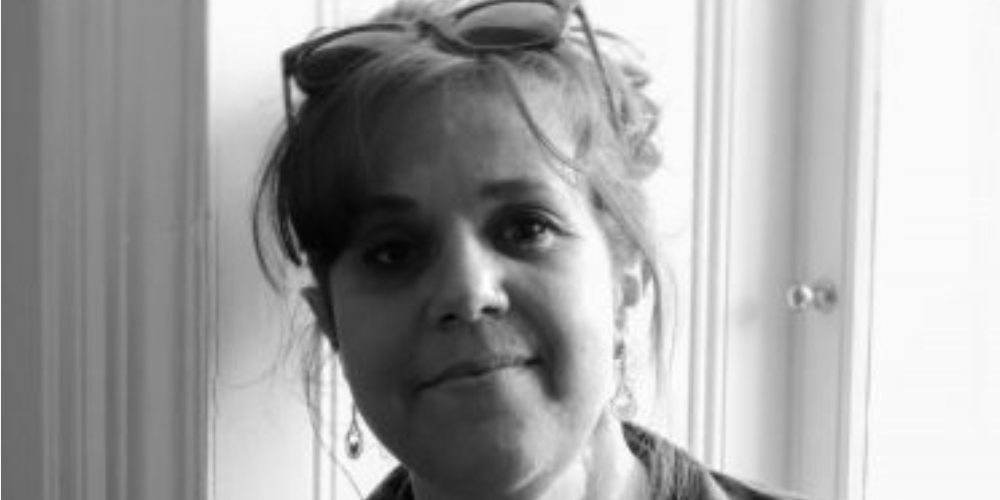 What would Jesus say?

A big question, no doubt, and one pondered by Kindred member Dora Roberts as she sat in The Cellar surrounded by the hustle and bustle of what was then, just a few weeks ago, a normal day. She was asked if there was anything she’d like to get across in this interview and while The Son of God might be used to being a source of inspiration, or even a tongue-in-cheek comparison, the answer was all Dora’s. “Be kind”, she plumped for, setting us up for perhaps a much deeper-diving-life-lesson than these member spotlights usually plan for.

Trying to box Dora into some sort of plan probably would have been a bad idea anyway. The former personal trainer, aerobics class instructor and admin whizz has spent years working in gyms, offices and even a school. Now a larger than life member of Kindred’s community, there’s one thing that has always been with her and doesn’t look like leaving anytime soon.

“Comedy is kind of the bedrock of my character” she explains, saying something that might well be obvious to anyone who has met her. “It’s always been something that has existed, something that I wanted to make a career out of but always kind of struggled, because of the actual step of doing the thing you love being so difficult. It’s very easy to love things but hard to get the things you love.”

Despite proving a popular stand-up, Dora has, in her words, “always edged away” from committing to the world of being funny for money. Ask her now, though, and she seems relaxed about finding balance. At Kindred, she works regularly with other community members on their businesses while also putting pen to paper writing her very own sit-com.

“One of the things that Kindred allows, I find, is not just that I’ve got opportunities… I’m allowed to be in a place where my mindset is upbeat, friendly, nice, helpful… and it opens up many more of the creative channels to be in the right place to be writing comedy.”

Asking about not just who she is, but how she sees her impact on Kindred, causes an uncharacteristic pause. Thankfully, one of the many people who stop to chat isn’t so hesitant with a suggestion.

“The last time something made an impact that big was 65 million years ago and it wiped out the dinosaurs”.

She destroys everything? A disaster so big it’s hard to forget? Nothing of the kind, apparently.

“It helped the world make the next evolutionary step”.

Such a bold analogy might be a stretch, but it’s not far wrong. The social calendar in W6 has bloomed with Dora involved, starting originally with a writers club (“a place to be more accountable”) that served as a chance to do her own writing but grew to be a regular haven for copywriters, novelists and those on the hunt for a project of their own. The same theme is found in the pub quizzes that followed, and the well-attended and well-received story-telling night upstairs in the Library. Dora might be there, microphone in hand, but it’s not about her. She carries the same energy into those events as she does in the co-working space in the day, a spark and a smile, a humility and a willingness to find the common ground, and to make it better for everyone.

“I’m not walking into it and livening anything up, I’m not providing anything, I’m part of something. And that’s really nice. I’ve worked in lots of offices and I can totally understand why there is office politics, and why there are people feeling bad about this and feeling bad about that, and you don’t get that here. You get lots of people really positive about lots of people. And you get lots of people really positive about what they are doing, and whenever there’s anybody who needs anything, there is someone who can help them.”

You’d be forgiven for thinking that the positivity and willingness to connect might take a dent in the face of a pandemic and global lockdown, but with daily Zoom hangouts and an evening music quiz, Dora is still finding ways to be the same galvanising, community-focussed person as ever.

And ‘galvanising’ really is the word, especially with calling her ‘infectious’ becoming somewhat inappropriate of late. Some of the events might give her what she needs, whether that be a microphone in hand or a chance to write, but Dora can’t help but take people with her. If you ask about her events, she talks as a host, explaining her aim to engineer an environment to make anyone feel safe, if they need it, as well as giving the extroverts the attention they thrive on.

She might be funny, and galvanising, and so many things besides, but at her heart, she seems to live her message. She is kind, whether that be with her time, her smile, her events, or just in the belief that taking a chance and having a little faith pays off.

“It feels like everybody is really keen to do well in themselves, and they know that doing for themselves can also come from helping others. I will be helped by helping other people. Back to Jesus again… if you’ve got something to give, you give it.”

“There isn’t anybody here that I’ve met who wouldn’t give and wouldn’t ask. It means you aren’t looking after anybody, so you have the freedom to be a bit more… just you.”