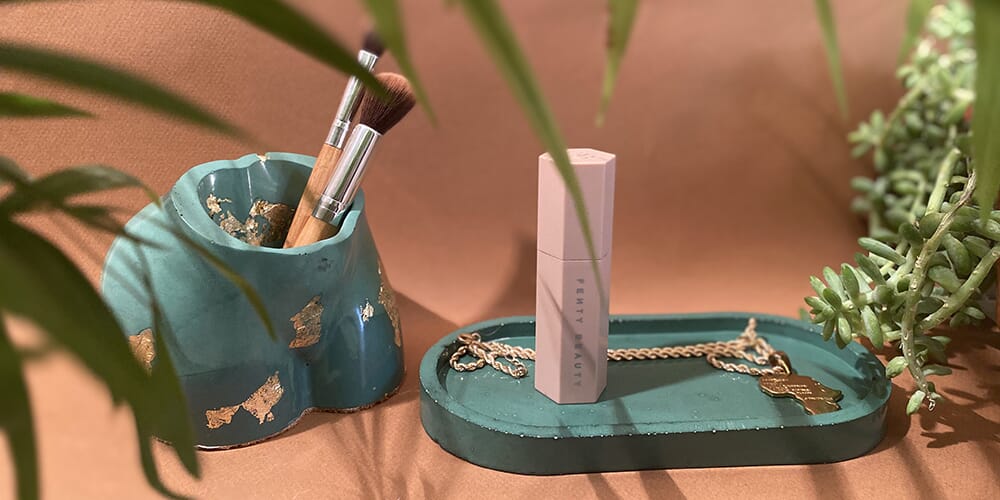 Late one night during coronavirus lockdown, Paula Tavares was speaking to her cousin, Margarida, on the phone about what they could do together in honour of their grandfather. He’d always told stories about Cape Verde, a collection of islands in the Atlantic Ocean where he grew up — a place known for its plush green forests, volcanoes, and rugged mountainous scenery.

Cape Verde is also known for its pottery, something that both Paula and Margarida — an archeologist and graphic designer — had long been fascinated with. It was a lightbulb moment that led to the creation of BitxuMatu.

BitxuMatu, translating roughly to “wild thing” in Creole, is a decor brand that sells second-hand and homemade ceramics, including trinket trays, vases, coasters, and crockery.

The name also comes from Paula’s family history. When Paula’s and Margarida’s mothers were young, their own mother used to call them, “bitxumatu”; and when cousins Paula and Margarida were young and caused their mothers upset, they’d be called it, too.

That same sense of wildness runs through the brand’s aesthetic, taking inspiration from nature — the rich green of the valleys, the warm red of the volcano, and the mottled white of Portuguese cobblestones.

“There’s a little bit of the rustic poetry of Cape Verde, and then the inspiration of Portugal with the tiles and the sea, and then the fine china of England, from the countryside,” says Paula. “We thought, we can bring all of that together, the culture where we come from, the culture that pretty much raised us, and myself with a culture that became my home over the last ten years.” Paula currently lives in Oxfordshire, a place also known for its pottery.

Also core to BitxuMatu is an awareness of the environment, which too comes from Capeverdian culture. “We come from a country that always finds a way to be resourceful and still be conscious of what is around them. Capeverdian people are very resilient…they respect the earth and the nature around them,” says Paula.

“Africa is one of the places that receives a lot of waste from [high-income] countries, and that was always a reminder to us as well. So, we thought, our ethos would be about not leaving anything behind, no waste…let’s reuse.”

A search for sustainable, natural materials led Paula and Margarida to jesmonite — a durable eco-resin whose surface can be made to resemble stone, metal, wood, and plaster. Coloured pigment can be mixed into jesmonite without requiring use of harmful solvents, while the finished product emits no toxic fumes.

BitxuMatu are currently working on a collection of jars made from reused plastic and drinking bottles, that they hope to soon release on their Etsy store.

Since launching their online store, the team have run a handful of workshops and have others coming up in Portugal, where Margarida lives. Paula will host a jesmonite workshop here at Kindred in early October, where guests will learn how to mix their own colours and create either a trinket tray or coaster.

Paula and Margarida have also been invited onto a Portuguese television show, which will be filmed this December.

These have been brilliant surprises, says Paula, but what she’d really love to do in future is to give back to a culture that’s shaped her. “In an ideal world, we’d move to Cape Verde and teach this to Capeverdian women, and have for the first time a [pottery] line that was made in Cape Verde…[that] would be amazing, because Capeverdian pottery is not very well known.”

I ask Paula what advice she would give to anyone who might be interested in ceramics, but who feels unsure where they should start.

“They should start with themselves and their story, and what they want to tell the world. The moment that you start to think about what you want your product to tell people, that’s when you start to discover more about yourself,” she says.

BitxuMatu are hosting a jesmonite workshop at Kindred on Saturday, October 9th, from 3-5:30pm. Your ticket includes art materials. Learn more and book your place here